Fruit of Ziziphus mauritiana, Zimbabwe © David Brazier for UEBT
i

Background – moving towards sustainable energy consumption in the EU

The EU has committed to cutting greenhouse-gas emissions by 40% by 2030. One of the key instruments for achieving this is the Renewable Energy Directive (RED), published in 2009, which requires that 20% of energy consumed in the EU is renewable by 2020.

Plant-derived fuels (biofuels) can provide a renewable, low-carbon alternative to fossil fuels, particularly in the transport sector. However, the use of biofuels raises significant social, economic, and environmental issues, including threats to food security, biodiversity loss and land-use conflicts. Without safeguards in place, biofuels can displace food production and drive ecosystem conversion, which may reduce or even negate any greenhouse-gas savings.[1]

The EU RED Directive, developed in 2009, was designed to help EU countries reach renewable energy targets. It aims to ensure that biofuels used in the EU are “produced in a sustainable and environmentally friendly manner”.[2] A number of clear criteria was set out defining the scope of this sustainability ambition. The RED was revised following a period of public consultation in 2013 and again in 2017 (pending European Parliament approval). The revised draft policy addresses further sustainability goals by expanding the scope of the Directive to cover wood and other biomass.

The role of private standards in the EU RED policy

EU RED is a key example of ‘co-regulation’, whereby public and private regulation are combined to provide the best ‘mix’ to a given sustainability issue.

The Directive is implemented in practice either through national regulation (for biofuels produced within the EU) or through approved sustainability standards. To count towards national renewable energy targets, biofuels must comply with EU RED sustainability criteria. Importantly, these globally applicable voluntary sustainability standards can offer assurance that biofuels produced beyond EU borders comply with the EU RED biofuels criteria. This is crucial for commodities such as palm oil, which have complex value chains and may involve many producers, processors and traders in different countries.

Following the introduction of the EU RED in 2009 the number of sustainability standards covering biofuels expanded exponentially. This growth happened in two ways. Firstly a number of existing voluntary sustainability standards for commodities such as sugar, soy and palm oil introduce RED specific add-on modules. Secondly, a number of certification programmes were launched and designed exclusively around the EU RED criteria.

In general, the first group tended to be much more comprehensive with respect to the scope and effectiveness of their standard – going beyond the EU RED criteria in terms of both sustainability performance and the rigour of their schemes. The second group of RED-specific schemes is narrowly defined by the EU RED requirements.

While EU RED has led to the expansion and uptake of voluntary sustainability schemes, this has not always translated into meeting its broader sustainability goals. To understand this better, its useful to distinguish between two dimensions; performance and credibility.

In terms of performance, various government oversight bodies and environmental organisations have pointed to the low-bar set in EU RED in terms of environmental and social criteria. Some argue that the bar for sustainability impacts is set too low, effectively certifying “business as usual” and blurring the line between standards with a genuine positive impact and those that provide little more than greenwash.

The European Court of Auditors (ECA), the EU’s independent external auditor, found that not all the recognised schemes address important sustainability aspects, such as unintended negative social consequences like “land tenure conflicts, forced/child labour, poor working conditions and health and safety risks”.[4] The ECA also observed that the European Commission’s recognition and assessment framework failed to assess issues such as impacts on food prices for crops that can be used for both food and fuel, and indirect land-use change, such as the conversion of cropland, grassland or forest for biofuel production.[5] These issues are at least partially addressed in the revised draft EU RED.

The credibility aspect relates to the process and governance aspects of voluntary certification schemes. Credible standards use consistent and transparent audit and certification systems that allow for uniform implementation, and are governed by coalitions of stakeholders which oversee the procedures of the schemes so as to identify and minimize conflict of interest and ensure sustainability standards are enablers of trade. These transparency and governance issues are crucial elements to take into account when looking at how sustainability standards can support the achievement of a suite of sustainability goals as set out in the EU RED. The ECA recognises the importance of these credibility elements  in achieving its policy objectives.[6] The current revision attempts to address this by adding the principles of reliability and transparency to its previous requirement of independent auditing for recognised standards.[7]

Performance, impact, and positive sustainability outcomes are interlinked. An analysis of the EU RED recognized standards by WWF identified that multi-stakeholder schemes – those where a diverse range of stakeholders are involved in all aspects, from standard setting to audits and governance – tended to have higher ecological and social requirements. It also pointed that such schemes were likely to result in better field-level implementation, due to their solid governance structure, transparency and strong audit and accreditation requirements.[8]

Bonsucro, RSPO and RSB are all examples of multi-stakeholder standards that go beyond the minimum criteria of the EU RED to address a wider range of environmental and social issues, and that have robust and transparent systems in place to ensure the requirements are met.One of the reasons why EU RED fall short of achieving broader sustainability outcomes is that it has mainly created uptake for the ‘low-bar’ schemes which are narrowly designed to fulfil the directive’s  minimum requirements. This exacerbates the shortcomings addressed above by WWF and the EU’s own Court of Auditors.

The EU RED represents both the innovative ways in which private standards and certification systems can be used as extensions of public policy, as well as the challenges in designing and implementing such policies. While it sets an interesting example of how co-regulation can work in practice, the weaknesses in its recognition process make it difficult to understand if and how it is achieving sustainability outcomes.

A number of important lessons on how co-regulation process should be designed and implemented can be distilled from the EU RED experience to date.

First and foremost, current analysis illustrates the need for a more progressive policy which recognizes different levels of performance in terms of sustainable production practices and incentivizes more comprehensive and credible standards systems. In brief, the recognition process for standards and certification programmes should encourage a ‘race to the top’ in terms of both performance and credibility. To do this, a revised process should integrate and adapt international best practices for effective and credible standards systems. This means introducing requirements for schemes that focus on ensuring they are accessible, impartially, rigorous, relevant with respect to addressing the most significant social, environmental and economic issues and have a built in monitoring and evaluation programme. These values are captured in the ISEAL Credibility Principles and translated into concrete measures in the ISEAL Alliance Codes of Good Practice which provides further guidance on these points.[9]

It’s important to note that adhering to ISEAL Principles also ensures an international standard is aligned with the principles and disciplines under the WTO’s Technical Barrier to Trade agreement. This agreement seeks to ensure standards do not represent unnecessary barriers to trade, such as being developed with open membership and keeping in mind the concerns of developing countries.[10]

Secondly, developing a transparent, EU-level monitoring and evaluation framework is necessary to come to an comprehensive assessment of how the EU RED policy is creating more sustainable sources for biofuels and biomaterials around the globe. Such framework could combine impact studies as well as ‘processed’ data from certification audits, which in turn requires a more refined oversight of the recognised schemes as suggested above.

Lastly, policy instruments such as subsidies, tax reductions or other financial incentives could reward producers, importers, manufacturers, consumers, or others in the value chain who have made efforts to meet more stringent and credible schemes. This would ensure the EU RED is more impactful, and creates a race to the top in the production and consumption of sustainable biofuels and biomass.

Private standards and public policy or regulation are not always aligned or coordinated. However, to achieve sustainability outcomes in line with the Sustainable Development Goals, new forms of co-regulation are needed to enable sustainable production, trade, and consumption. This series of case-studies illustrates how standard systems and governments are already interacting and partnering in a variety of ways to create such sustainability outcomes. The series is developed by the ISEAL Alliance, the global association for credible sustainability standards.

[8] WWF. 2013. Searching for Sustainability: Comparative Analysis of Certification Schemes for Biomass used for the Production of Biofuels. http://assets.panda.org/downloads/wwf_searching_for_sustainability_2013.pdf

[10] See TBT Agreement Articles 4.1, 8.1, 8.2, and 15.2 on implementation and Annex 3 on the Preparation, Adoption, and Application of Standards, the 2012 Tuna-Dolphin Appellate Body ruling on open membership, and “Decision Of The Committee On Principles For The Development Of International Standards, Guides And Recommendations With Relation To Articles 2, 5 and Annex 3 Of The Agreement”, p. 46: 1r10--WTO TBT committee key decisions. 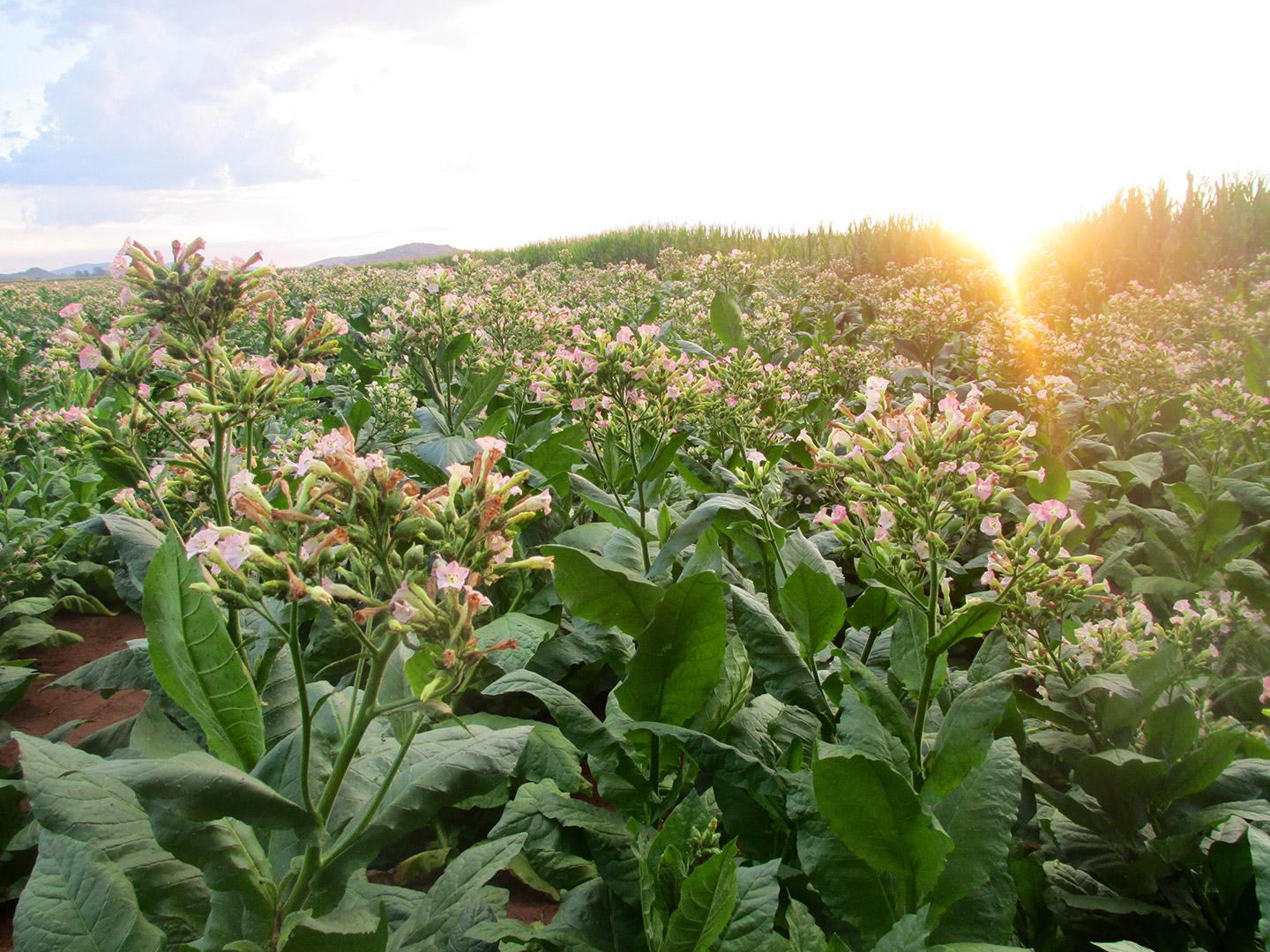 Kimberly-Clark’s commitment to the FSC aligns with its values and helps drive demand for responsibly...